Wikipedia describes addictions as being a disorder of the brain’s reward system characterized by compulsive engagement in rewarding stimuli despite adverse consequences. In other words, we do the same thing over and over again to get pleasure even if the action itself is destructive.

In my research, I have found Dr. Gay Hendricks who basically says that if you stop doing the behavior that you suspect you are addicted to for one week and cravings arise than that means you are addicted. This is a very simple test, everyone can try out. Addictions come in many shapes and sizes, you can be addicted to a substance, to a person, to a particular behavior and you may also be addicted to thinking. Thinking qualifies as one of the most sneaky addictions of them all and so many people suffer from this and unfortunately, they don’t even know it.

Let’s discuss Heroin Addiction and the reason I have chosen this very powerful example is that it will help us see addictions from a different point of view. We might think that heroin causes heroin addiction BUT… The book Chasing The Scream: The First and Last Days of the War on Drugs by Johann Hari’s brings new information to light. Let’s take this example:  if you break your hip, you will be taken to the hospital and you will be given loads of Dyamorphine for weeks or even months.

Dyamorhine is heroin, in fact it’s much stronger than heroin you can get on the streets because it’s not contaminated or diluted. At this very moment in time, there are people in hospitals being given this substance legally. By our current ways of seeing addiction, this means that at least a small portion of these people being treated in hospitals with heroin should become addicts right?

The simple answer is NO and this has to do with the fact that our current ways of understanding addiction are based on a series of experiments done in the 20th century. The experiments were simple enough: they would take a rat and put it in a cage with 2 water bottles, one is just water the other is water with heroin or cocaine. What happened every time they would run this experiment, the rat would become obsessed with the drugged water and eventually overdoses and die.

The Study that Changed Everything

In the 1970s, professor of psychology Bruce Alexander notices that the rat is put in the cage all alone with nothing to do, and of course, this can and will influence anyone’s natural behavior. What he did next is he created a thing called RAT PARK, witch is basically Heaven for rats.
They had everything they need there for example colored balls to play with, long tubes they could explore, friends to hang out with, they would also get to have a lot of sex and enjoy good food too.

By doing so, everything changed, he noticed that almost none of the rats would consume the laced water and the only ones that did never used it compulsively so this time none of them ever overdosed or died and as you can imagine, this changes everything but before we get too ahead of ourselves let’s compare this with a more human-like scenario.

During the Vietnam war, 20% of all American troops in Vietnam were using a lot of heroin at that time and this really started to raise concerns back home but, the studies that followed show something remarkable. An astonishing 95% of the soldiers didn’t go to rehab or through withdrawal symptoms, they just stopped taking the drug after they got home to their friends and family.

Similar to the rat experiments… If you are put in a horrific foreign jungle where you don’t want to be and you could be forced to kill or die at any moment, doing heroin seems like a great way to pass the time. The real magic happened when the soldiers returned home surrounded by friends and family. This is the equivalent of being taken out from that first lonely cage and being put into a human-like rat park.

The Root Cause of Addiction

You may find this hard to believe but the root cause of addiction is fear of the unknown or emptiness,
allow me to explain.

The truth is, most of us use our minds incorrectly and instead of using our conscious mind as a tool when we need it, we are using it all the time and tend to be stuck inside our heads trying to solve different problems or change certain situations. The reason why we do this is key to understanding how we sabotage our selves and become attached or addicted.

We do this because we are afraid of being alone physically, isolated from the world and we are also afraid of being alone inside our own mind with nothing to think about. Because we identify with what we think and feel there needs to be a constant stimulation going of feeling or thinking otherwise we believe that we stop existing.

There is a deep fear of emptiness that we are constantly trying to escape by engaging in different thinking patterns and compulsive behaviors. In some cases, we would rather have negative thoughts and feel negative emotions rather than not feel anything at all. Think how hard it is sometimes to stop being angry and how in a weird twisted way we like the intensity of adrenaline rushing through our body.

I know that the answer to the root cause of addiction may come as a surprise to many but to prove the point I am trying to make I encourage anyone to try and sit still in a chair in a quiet room for at least 2 hours without any entertainment and without too much thinking. If you don’t have a meditation practice you will find this task almost impossible.
Substance abuse is considered by users as an escape from the current reality, but we create our own reality inside our minds, so basically the mind tricks itself into thinking it needs the substance again and again to escape the horrible reality it is in. What the mind fails to see is the fact that it is trying to run away from itself and until it recognizes that, it can never set itself free and remains stuck in a loop.

Don’t believe everything you see or hear, if something is important to you, question everything about it, put your previous assumptions to the test and most importantly do your own research. We are tempted to put so much blind faith in science, religion, medicine, and substances to solve our problems but the answer to our problems may be as simple as seeing things from our own personal perspective.

See other stories worth reading 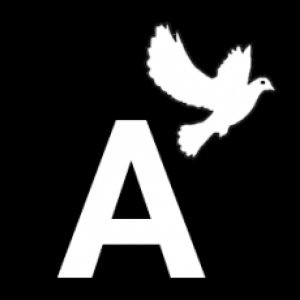